for the love of animals

CHOOSE THE RIGHT FIPREX FOR YOUR PET'S WEIGHT

Fiprex® is an formula acting against ectoparasites – fleas and ticks.  It is available in two forms:  spot-on drops to be applied directly to the skin, and spray.

The active substance of Fiprex® preparations is fipronil – combining high efficacy in fighting ticks and fleas with low toxicity to the animal and its environment, mainly humans.

The mechanism of action of the Fiprex® preparations is simple and involves elimination of the majority of ticks embedded in the skin within 24-48 hours of the application, while fleas are killed immediately. Dead parasites spontaneously fall off the animal skin or they can be removed by gentle brushing off.

Fiprex® applied to the pet skin forms an invisible protective layer which prevents flea and tick infestation for up to 4 weeks.

Go to the blog
I have been using other anti-flea and anti-ticks preparations before. 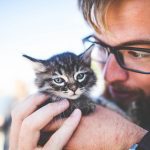