Fleading saliva left in your pet’s skin can be a sensitizer. The allergic reaction that arises as a result of this allergen is called Allergic Flea Skin Diseases, which manifests itself in, among others. Strong itch as a result of the itching, the animal scratches and even bites, most often in the area of ​​the tail, buttocks and groin. You can also see scabs on the skin of the back or neck.

Flea are a vector of germs – so called rickettsial. Cats after infection most often do not show clinical symptoms, but germs transmitted by cats to humans can cause severe headache, high fever and depression.

Excessive flea invasion can cause anemia due to sucking a large amount of blood. There may be general weakness of the animal, pale gums, and drowsiness.

If you notice any symptoms mentioned above, immediately report to your pet for advice to the veterinarian. Use Fiprex® regularly to prevent infection by dangerous fleas and ticks.

FIPREX IS A PROFESSIONAL PROTECTION AGAINST TICKS AND FLEAS FOR YOUR DOG AND CAT.

I have been using other anti-flea and anti-ticks preparations before. 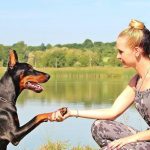